My husband just doesn’t understand me, not even for a minute.  My kids might be mildly amused by me (if they even noticed).  But the reality is, I am filled with unabashed glee when left entirely alone for a few glorious days.

My better half would rather rake sunflower seeds than spend any significant amount of time by himself.  This might stem from having a job which alternately finds him either in the isolation of a home office or the insufferable free-for-all of an airport.  Not sure.  But I love it and look forward to.  When his annual Guys Ski Weekend rolls around – conveniently after the exhaustive holidays have passed – I become giddy.  Leaving soon?  I ask innocently over my coffee cup on the morning of departure, willing my words to sound curious (instead of eager).

In the weeks leading up to it you know I got busy.  I made an impressive list of all the incredible things I was going to do to make my life an organized Garden of Eden.   I also planned new exercise regimens, compiled lists of time-saving chore hacks and amassed healthy recipes to try.  I researched new shows to binge and books to download and selected restaurants that I’ve been dying to try.

Welp.  Almost immediately my noble intentions swerved sideways so I accomplished little to none of the aforementioned plans.    Because again, it was only a handful of hours of leisure, amiright?

Still, I made the best of it.  Here’s what went down:

As soon as the last of the male-stench had exited my building I started off by cleaning it — which (I cannot be alone here) always makes me immeasurably happy.  I blasted Donna Summer Radio.  And Def Leppard.  And Miranda (Ironic Moment of the weekend:  just how much Black Shelton is played on this station).  Anyway, within a few hours my home got just the way I like it.  The best part:  it actually stayed this way for a few days.  This turned out to be serendipity: when unexpected downpours thwarted my high-heel-wearing Girls-Night-Out, my gleaming home became the venue of choice for an evening that’d been in the works with a great friend.  No problem – there was nary a drop of pee on my toilets and I had a pot of meatballs simmering.   We drank wine in yoga pants, shared a meal and caught up for hours.  It was divine.  And not once did any intruder barge in to open the refrigerator and peer inside for eight straight minutes. 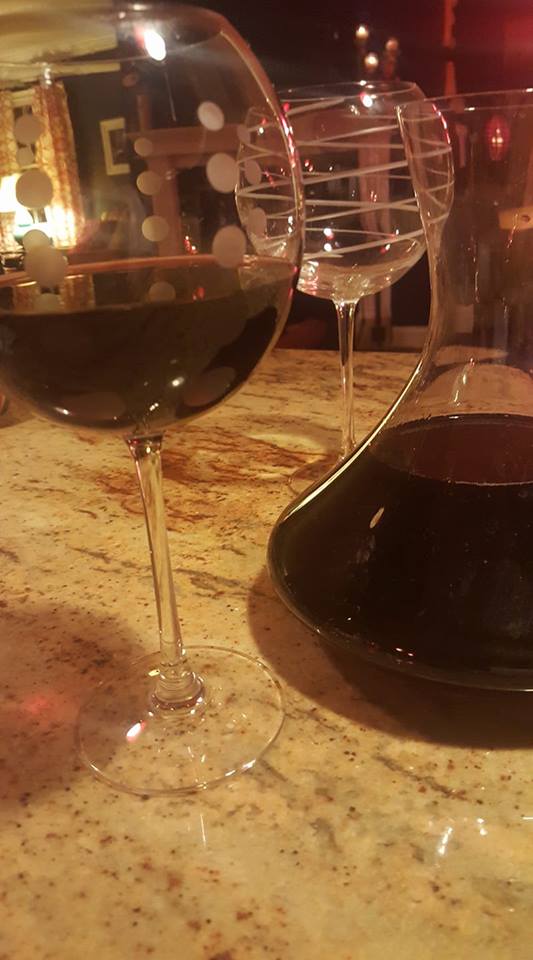 Alright, maybe I was moving a little slower today (*shakes head ruefully, mouths Pinot) but I couldn’t stay down for long.  The crazy New England winter weather had flipped its fickle switch and brought an unexpected spring-like day.   Off I went outside, work gloves and wheelbarrow in tow, to clean up all the downed trees from the wicked storms that had turned our property into a war zone.  Now to be clear, this is not usually my gig.  I’m actually a big fan of gender-separated workloads and live quite happily mopping floors while the men in my life mow the lawn and fix stuff.  But I was looking for some bragging rights.  I’m pretty sure nothing screams my wife is hot more than the image of her hauling away branches bigger than her own body.  So I became one with my yard and had some fun with it, even stopping midway to post a pic when I came across a beer pong ball, hidden since a June party.  Go ahead fellas, keep sending me those shots of your raised beers at Après happy hour.  Mamma’s at home, gettin’ it done. #Iamwomanhearmeroar 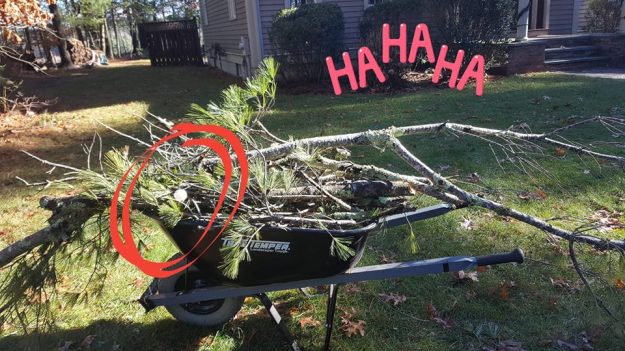 After that, I cleaned myself up and went out to do a little food shopping, my brain swirling with the memorized Instagram images of all the roasted Brussel sprouts, toasted quinoa and sweet potato chips I was going to make because I just knew it was all going to melt my pesky muffin top in the New Year.  Turns out, by the time everything was unloaded and put away the sun was going down and death-defying drops in temperature mocked the earlier beach day.  My morning workout of manual labor started to catch up with me and I was dragging.  I declined an invitation to go out, threw on some sweatpants, grabbed a comfy blanket and my book and clicked on a cheezy movie.  Okay, maybe not a woman roaring anymore but …. #STILLawesome

I awoke to find it was still frigid outside so naturally I figured The New (Exercising) Me would have to wait a little longer.  I read the Sunday paper to the backdrop of Frank Sinatra Radio and a funny thing happened.  Nobody rolled their eyes at my nostalgic tunes or came sniffing around asking about bacon. I putzed around doing laundry and cleaning out my closet before devoting the afternoon to peeling, cutting, roasting and portioning my newly acquired root vegetables for the week.  (side note:  The New (Healthy) Me had no idea how time consuming this was when I started.  I think I’ve figured out why all those Facebook recipes are on fast-forward).  I continued tidying up things around the house – you know, nothing major, just all those things we walk past every single day and ignore – stopping every now and then to get lost in a random photo album I’d come across.   Not gonna lie, melancholy showed its morose face for bit.  The grey day began to drag.   I checked in with my oldest and made plans to see him during the week.  Then I texted the skiers and told them since I hadn’t heard from them all weekend I was keeping busy posting awesome old pictures on social media.  I wasn’t …… 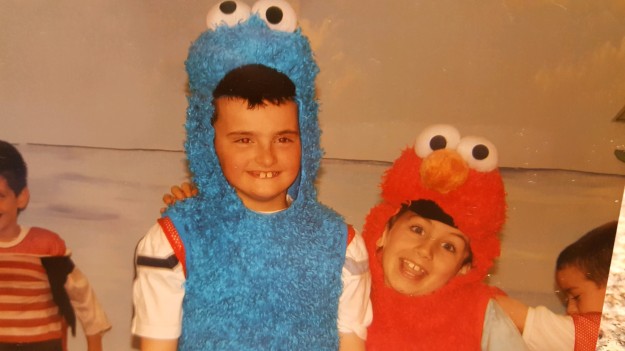 …. but their lol-responses delighted me.

When my husband called that night and coyly asked if they were missed, I responded truthfully:  yes, they could come home in the morning.   I was done.  And getting kinda lonely.

It’s pretty wild how quickly a couple of days go by.

It’s the sound of silence.

It’s pretty awesome.  You know, for a couple of days

Read any good books lately?  Start one here:  A Collection Of Eyerolls:  A Momoir

Tina Drakakis blogs at Eyerollingmom and was featured in the 2014 Boston production of “Listen to Your Mother: Giving Motherhood a Microphone.” Her work has been featured in NPR’s “This I Believe” radio series yet she places “Most Popular 1984” on top of her list of achievements.  (Next would be the home improvement reality TV show of 2003 but her kids won’t let her talk about that anymore).   A witty mother of four, she takes on cyberspace as @Eyerollingmom on Twitter and Eyerollingmom on Facebook. and@Eyerollingmom on Instagram.