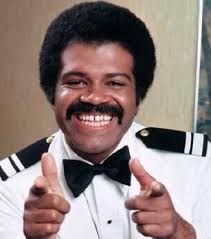 So now that it’s been some time since we returned from our cruise-that-didn’t-explode, I’m thankful I jotted down some notes during it.  This whole middle-aged forgetfulness thing is really setting in now and I kid you not, it is a complete and total horror show.

So with the help of some sturdy cocktail napkins, my stories continue.

Being the consummate bargain-hunter, my husband jumped at the chance of upgrading our family (for a (cough) nominal fee) to a higher floor.  What? One story higher than the Titanic immigrants for the price of a smaller, less exotic vacation?  Where do we sign?  Trouble is, our new cabins were – without exaggeration – located one hundred rooms apart.  He was stern (with 2 kids), and I was bow (with the other 2 kids).  Kind of an interesting concept for a family vacation but whatever.  We rolled with it.  And packed walkie-talkies.

Night One:  exhausted and (still) untan, we called it a night and parted ways – obviously at the center of our floor.  Nearing closer to our room, my daughter and I came upon a commotion between two staterooms.  It quickly escalated into shouts of “Call security!”

We were riveted.  Youth on her side, my daughter ran for help but I stayed put (you know, the witness).  You’d think it was a noble civic duty but rather it was more that I was TRANSFIXED TO THE POINT OF PARALYSIS when I looked into the room and saw a man with his hands gripped around a younger man’s throat.

I know, right?  NIGHT ONE!  Barely past the Statue of Liberty and we’re sailing into Crazy Town.  Epic.

So while I’m giving my best “I am not missing one detail of this domestic disturbance” glare, my daughter breathlessly arrives back – with Malcolm, our affable and comedic cruise director.

Now, I don’t know what Malcolm was doing slumming down on our particular floor (and I certainly don’t know how any guy with the words “Woo Hoo” on his name plate was going to be able to assist in anything other than Bingo) but hey, the guy had a radio.  He called for security.  I gave him my best “You can take it from here” nod and off we went, giggling off to our room far, far away.

In the days to come, there was a security guard (of sorts) stationed outside those rooms so we felt very safe there.  Malcolm, on the other hand, stayed clear.

I’m not sure how you move past that on Night One but I did see the Domestic Disturbance (“Call Security!”) Woman doing karaoke later that week so I imagine she did move on.

And there it is:   my smooth-as-a-baby’s-behind segue into karaoke.

My loyal readers already know of my affinity for karaoke.

But partaking in my favorite pastime takes on an entirely new meaning when it is offered (deep breath) with a live band.  That’s right.

(Shall we pause while we all wrap our brains around this?)

I could state the obvious and say that my life took on a more cosmic meaning after experiencing something so profoundly enjoyable.  I could even admit that yes, I did entertain the thought of maybe ditching this whole classroom thing and becoming a singer in a band (a band of course that only played to people who didn’t mind hearing the same four songs on a perpetual loop the entire night long).  And, sure, I could even brag that –especially following that nut-job from down the hall – I kinda killed it.

But I have to be completely honest.

All these things paled in comparison to the best part, hands down:  when my party-of-eleven-ridiculously-awesome-family-and-friends stormed the stage — a la the finale of “Little Miss Sunshine” —  and started dancing.  The crowd went wild (even Domestic Disturbance Lady was up on her feet) and it was a moment, I tell you.  My moment.  And while regular karaoke continued throughout the week (much to my husband’s eventual boredom – nightly), the family kick-line in the middle of a Gretchen Wilson song will remain a forever memory for me (and the reason I sign notes to my kids, “Mom the Rock Star.”  You know, lest THEY forget.)

Anyway, so yes, basically this cruise could’ve stayed in the New York harbor and it still would have been the bomb. Clearly when you vacation with fun people you can pretty much head to a campground or, I don’t know, the Poconos and have a ball AND save a ton of money but who knew?

I’ll stop here but I might even have to throw together one more installment because I haven’t even gotten to the Poolside Party Guy with the nine-and-and-a-half-fingers.  We’ll see.

Tina Drakakis blogs at Eyerollingmom and was featured in the 2014 Boston production of “Listen to Your Mother: Giving Motherhood a Microphone.” Her work has been featured in NPR’s “This I Believe” radio series yet she places “Most Popular 1984” on top of her list of achievements.  (Next would be the home improvement reality TV show of 2003 but her kids won’t let her talk about that anymore).   A witty mother of four, she takes on cyberspace as @Eyerollingmom on Twitter and Eyerollingmom on Facebook. and@Eyerollingmom on Instagram.